What Challenger Brands Can Steal from Sport

2019 will prove to be a significant year for the global Sports industry, according to a new report by Tata Communications, with digital technology innovation ushering in a new era of commercial growth for broadcasters, rights holders and sports organisations.

The report highlights that streaming platforms, eSports, VR and other technology innovations are driving new revenue opportunities for the Sports industry alongside media rights, event attendance, sponsorship and merchandising.

Mehul Kapadia, Managing Director of Tata Communications’ F1 business and the company’s Global Head of Marketing, said: “Digital technologies are kick-starting a new era of fan engagement, and it’s going to be fascinating to see where the journey takes us.”

So with sports clearly benefiting from technology and commerce, the question is can commerce learn/steal anything from sports.

Just as Sports and Entertainment brands are replacing season tickets with memberships and general admission tickets with subscriptions, so too are we seeing a broader shift in consumer preferences towards the subscription model, with brands like the Dollar Shave Club and Birchbox leading the way.

According to McKinsey, the subscription e-commerce market has grown by more than 100% per year over the past five years. The research identified that 15% of online shoppers have signed up for one or more subscriptions to receive products on a recurring basis, frequently through monthly boxes. These consumers are often younger, affluent urbanites who are seeking a more convenient, personalised and often lower-cost way to buy what they want and need.

There are many reasons behind their success, from the convenience factor that saves time and reduces store trips, to reducing the barriers to sales from many individual transactions to a one-time decision.

No Queues, No Cash, No Wallet...No Problem.

Physical tickets for stadium events have been likened to what the Yellow Pages are to Google.

Fans queueing up are nuisance and a security problem. The Hillsborough disaster was the extreme consequence of venues not being prepared or organised for mass entry. Technologies like facial recognition and mobile GPS trackers help tighten security and fast track entry into stadiums and even high street shops are exploring similar technology solutions. 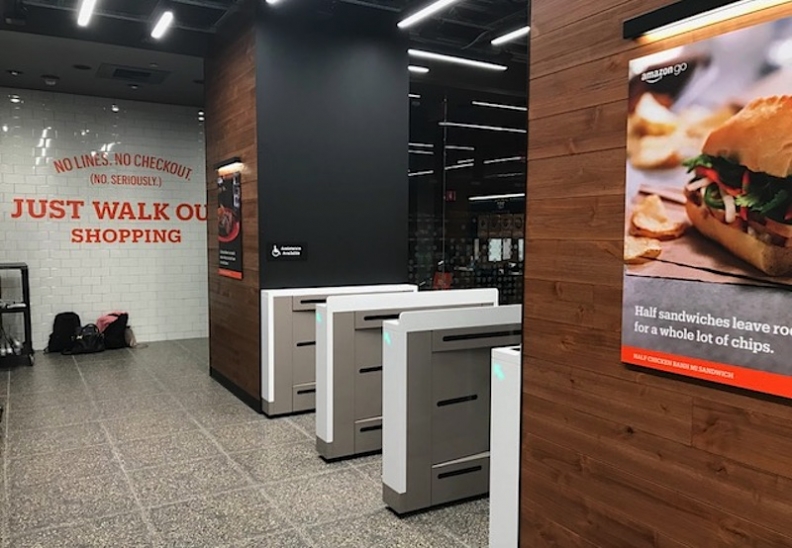 Take for example, the recent cashierless convenience store opened by Amazon in Chicago. Grabbing lunch on the go is now a sprint as shoppers scan their phones at a turnstile just inside the store’s entrance, grab their food and walk out. No credit card or cash is involved - the transaction is charged to their Amazon account. The ‘just-walk-out’ technology relies on overhead cameras and scales on store shelves to determine which customers buy what products.

Standing Still is Falling Behind

Another interesting observation of perennial winners in the world of sport, is how they never rest on their laurels and always seek to improve. The complacency of thinking that you’ve ‘made it’ and all will be rosy at the top almost certainly leads to a nose dive in performance. Ex-Arsenal FC manager Arsene Wenger summed it up best when he said, “success is paralyzing”.

Back in his pomp, in the early noughties, Tiger was on a roll, winning major after major. This pinnacle was the moment he decided to completely change his swing as he felt he had hit the ceiling with his technique and wanted to evolve his swing mechanics to improve as a player -

"People thought it was insane for me to change my swing after I won the Masters by 12 shots. Why would you want to change that? Well, I thought I could become better,” said Tiger.

(That Tiger eventually capitulated as the world’s number 1 had more to do with his personal life than his talent or his evolving swing.)

It’s not just golf, when you reach the pinnacle of any sport, the little tweaks can be the difference makers. Take the English Rugby Union team in the lead up to their successful 2003 World Cup campaign. After analysing results they saw that they consistently outscored opponents in the opening 10 mins of any given match but had a ‘net negative’ scoreline in the first 10 mins of the second half. Their solution? They changed into new jerseys at half time. Psychologically, they were starting afresh, and sure enough it worked.

The lesson here is that success is not guaranteed for any brand. As soon as the challenger brand reaches the top of the pile, you become a target for all the competition. Keep an open mind and always seek to evolve and improve. What got you to the top might not keep you there for long. Otherwise you risk becoming the next Nokia.

Some brands are a natural fit when it comes to leveraging strategic sports marketing and athletes. The obvious one that comes to mind is Nike.

What really got Nike ahead of its competition in the long run was (and is) the company’s ability to seal profitable deals with superstar athletes who have later become cultural icons in a ‘tribal’ and ‘hybrid’ branding relationship. From Michael Jordan and Bo Jackson to Tiger Woods, Cristiano Ronaldo and Neymar, Nike’s ability to scout talent on the playing field that grows into champions and trendsetters of the sports that they represent is unparalleled.

The numbers that are involved with these superstar endorsements are mind boggling today, but the genius behind these partnerships is that Nike got them signed up when they were not quite the finished articles of today. We’re not suggesting you scour the local rugby club for the next BOD - perhaps there is a more affordable and more unconventional partnership that could help your brand flourish and your audience grow?

If this is of interest, then click on the ‘Brand Love: When Opposites Attracts’ tip sheet below for practical advice of how to make unconventional brand partnerships a success.